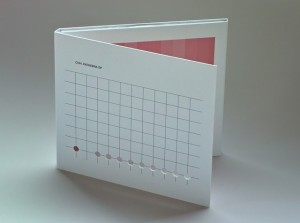 Late last night I was listening to Ivan Pavlov’s recent recording Patherns (under the name CoH)
and visiting some blogs I hadn’t seen for awhile. A standard stop for me has always been Sarah Hromack’s Forward Retreat.  Sarah recently finished her MA in Visual Criticism at California College of the Arts. I’ve been following her blog in my own intermittent way since she was a curatorial assistant at the Carnegie in Pittsburgh.  Scrolling down the right panel I scanned her list of links to other blogs — People : Projects.  In her typically generous way, she still includes an outbound link to Asymptote as “Timothy Quigley”.

I won’t go into the implications of clicking on your own name except to say that I landed on 17 July 2006. What’s the significance, if any, of hitting a post from last July? Given the July post is the first one that comes up on the homepage — and this is not an error —  clearly raises questions about the status of Asymptote. (I’ve always slightly resented the question (“possibly moribund?”) placed next to my name over at Crooked Timber. I’m never one to admit Asymptote might be “in terminal decline”.  Just a non-traditional blog on hold. But it does force me to acknowledge more than one transition.

It was July of last year that I took a new assignment as director of the Bachelor’s Program at The New School.  My workload increased and took me further away from “philosophical approaches, departures, and drivebys”. At the same time, The New School adopted Blackboard as the “learning management system” for the university and put all of our course materials behind a massive firewall. That meant that if I was to maintain my public website, which I’ve had for years, I would have to basically post most of my course materials twice. That didn’t happen. I blogged…but only for my courses and for colleagues interested in learning more about web-based resources for teaching and research.

So…here I was last night, looking at another project drifting further away on the long tail.

Oh, right…there’s one more thing worth mentioning. I’d just returned from Diapason, a gallery/performance space in Manhattan for “sound and intermedia” run by Michael Schumacher. We went to hear Shared Frequencies, a street performance outside the building on 6th Ave. just south of Bryant Park by Kabir Carter and a sound installation in the gallery by Andrea Parkins.

As it turned out, 6th Ave. in midtown just in front of a bus stop on a warm Saturday evening was a difficult venue for Carter’s piece, which was overwhelmed by street noise.  We quickly gave up and climbed a flight of stairs to the gallery to hear what Parkins had done.

The piece is described as

purposefully flawed sonic structures, built from a variety of sources, including sound recordings that document the specificity of objects — collected or invented — as they are set into motion. (Upended wine glasses on tilted/greasy mirrors, taut lines of plastic tubing, wobbly plaster forms, apples/potatoes that roll across a bumpy floor, spinning metal washers, stretched skeins of plastic gimp, raspy little snapshots in the wind — these might be performers.)

On the way back, I had the usual “What did you think?” “What did you think?” conversation about both works. The problem, as usual, is the difficulty of talking critically about new works in a hybrid (or “emerging”) form with a relatively brief history. Most of the work in this vein is more closely related to non-narrative sculpture, abstract painting, and installation than it is to music. So I often find myself talking about the formal structures of shape, movement, direction, texture, development, and coherence. It’s not always clear what, if any, criteria exist for evaluating the work. Sure, you can say you didn’t like it…it was too chaotic, didn’t do anything for me, blahblahblah. But when pressed to unpack those judgments and justify them, it’s notoriously difficult to do.

The reason, it seems to me, is that you can’t engage in a principled critical discussion without a set of theoretical tools (concepts) that bring aspects of the work into focus. We know how to do this with established art forms, even though we can (and do) argue about the value of adopting one conceptual framework over another. But in the case of abstract (non-referential) sound works — glitch, ambient, electronica, etc. — we need new concepts that capture what’s compelling, intriguing, and new.

All of which is to say, I’m back, working on a new but related project.  Thanks Sarah.

1 thought on “Sounding Off”